Before we talk about what is the oldest hotel in Las Vegas, let us first take a short peek at its history. Las Vegas wasn’t always the busy, famous city that we know today. It was an abundant wet marshland with rich vegetation inhabited by South Nevada Native Americans. The name Las Vegas, which means “the meadows,” was given by a Spaniard named Rafael Rivera, searching for a source of water during one of their trips sometime in 1829. Eventually, in 1890, it was decided by railroad developers that Las Vegas will be the prime stop along San Pedro, Salt Lake City, and Los Angeles, connecting Las Vegas to the major cities on the Pacific Coast. And with the arrival of the railroad in 1905, Las Vegas started to blossom as several stores, saloons, and boarding houses sprung.

Since mostly railroad workers and ranchers occupied Las Vegas, the appetite for drinking, gambling, and prostitutes started. And despite the ban on gambling in Nevada in 1920, many continued to operate. Then, in 1931, gambling was legalized in Nevada, and the construction of the Hoover Dam started, where thousands of workers again came to Las Vegas. This once again prompted many businesses, like new casinos and showgirl venues, to open along Fremont Street. The construction of hotels and mega-resorts started in the 1940s and late 1960s, respectively. And this was the start of the Las Vegas that we know now. Some of the hotels built during this period are still operating. Want to know what is the oldest hotel in Las Vegas? Find out below.

>> Explore Las Vegas with a pair of walking shoes.

The Oldest Hotel In Las Vegas

Hotel Nevada or Miller Hotel was established on January 13, 1906. One hundred and fifteen years later, it is still standing and operating at One Fremont Street in Las Vegas and is now more popularly known as  Golden Gate Hotel and Casino. This hotel has around 120 rooms and has a total gaming space of 35,000 square feet. As this is the oldest hotel and casino in Vegas, it has witnessed many firsts – from Las Vegas’s first telephone installed, putting up a large outdoor sign that started the city’s iconic neon lights, and being the birthplace of the shrimp cocktail. Up to this day, many of the hotel’s rooms are updated and still being used.

Golden Gate Hotel and Casino is just one of the many old hotels that have stood the test of time. Learn some of these ancient yet excellent hotels in Las Vegas that became witnesses of how the city progressed over the years.

This hotel was once the flashiest and had the biggest casino in the world. It was first opened to the public in August 1946 in Fremont Street. Its original name was The Golden Nugget Saloon and was owned by Guy McAfee. Now, the Golden Nugget has branches in Biloxi, Atlantic City, Laughlin, Lake Charles, and the original in Las Vegas.

Known initially as Flamingo Hotel & Casino, this hotel started its operation in December 1946 and is considered the oldest hotel on The Strip. Billy Wilkerson, founder of The Hollywood Reporter magazine, and Bugsy Siegel, a notorious mobster, were the men behind the Flamingo Las Vegas. They built this hotel and casino and “trapped” gamblers in and kept them playing for hours as it has no clocks to windows, making players lose track of time. This was the beginning of the modern way of playing and gambling in casinos in Las Vegas and the world today.

This hotel officially opened in October 1952 and has 1,600 rooms and a gaming space of 85,000 square feet. Originally owned by the Stockbridge Real Estate, the Sahara Hotel, after its ownership was passed through several hands over the years, closed in September 2011. It was then announced in February 2013 that it would be reopened. In August 2014, after spending around $415 million, the hotel was officially reopened and is now known as the SLS Las Vegas.

Opened in April 1957, this hotel was the first in Las Vegas to be designed as a resort hotel instead of the more common hotel and casino. A Miami Hotelier Ben Jaffee founded Tropicana and built this luxurious and classy hotel. It was once the most expensive hotel built in Las Vegas. Located in Boulevard South, this hotel has more than 1,400 rooms and has a total gaming space of 50,000 square feet.

This hotel is considered the first true themed resort in Las Vegas. It was opened in April 1966 and until now maintained its business and kept its original name. Caesar’s Palace is known as a place of excess. Its grand opening cost $1 million and invited famous guests like Johnny Carson and Steve Wynn.

On your next (or first) visit to Las Vegas, you can consider visiting or staying in one of those old hotels now that you know what is the oldest hotel in Las Vegas and the other old hotels in the area. It can be a thrilling experience knowing that the building and place have been standing there for years and have seen how Las Vegas has changed, from marshland to becoming the fabulous city that it is now. 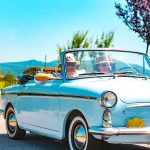 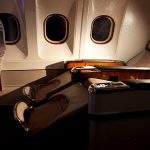 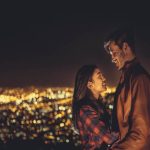 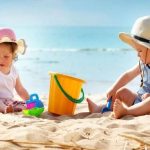 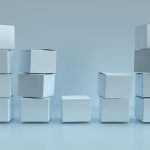 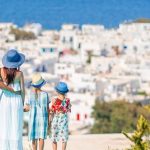 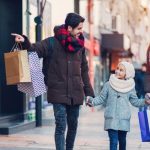 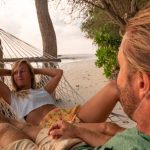 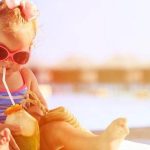 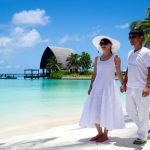